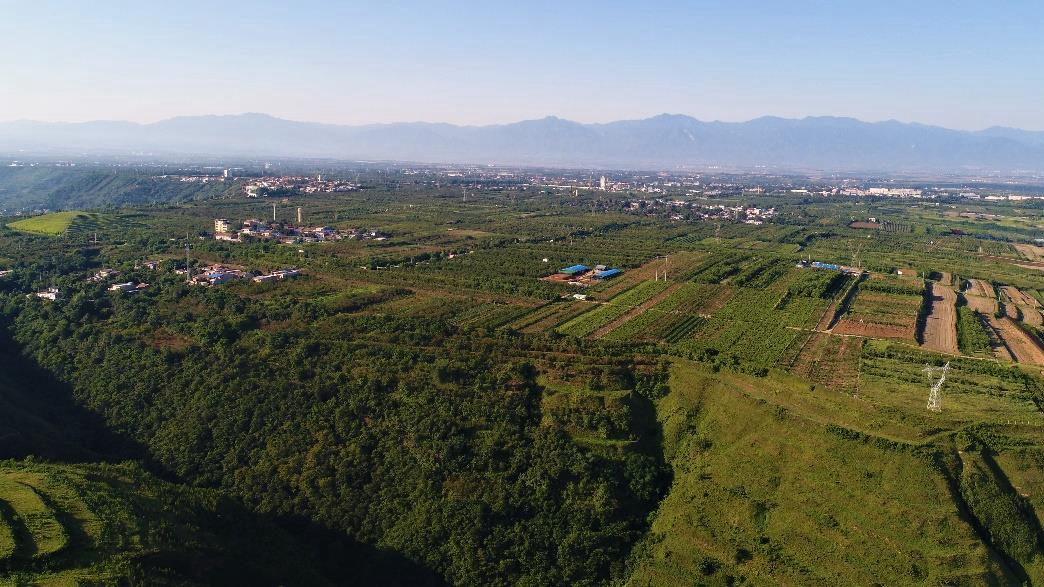 A tomb unearthed in northwest China's Shaanxi Province has been confirmed as that of Emperor Wen of the Han Dynasty (202 BC-220 AD), China's National Cultural Heritage Administration (NCHA) said on Tuesday.

The finding was announced at an online press conference in Beijing that updated on progress made at archaeological excavation sites in the provinces of Shaanxi, Gansu and Henan.

According to the NCHA, archaeologists launched systematic excavations and investigations on the mausoleum located at Jiangcun Village in the ancient city of Xi'an in 2016. New research findings traced the tomb to that of Emperor Wen, also known as Liu Heng, who reigned between 180 BC and 157 BC during the Western Han Dynasty.

The tomb in Jiangcun Village is not obvious and is difficult to be seen from the ground or from the sky with a drone. So how was the tomb of Jiangcun Village in Xi'an discovered? In fact, it came to the attention of archaeologists because of a grave robbery case many years ago.

In 2002, an auction in the United States first brought the clues of Jiangcun's tomb to Chinese archaeologists. At that time, six black terracotta figures of the Western Han Dynasty, which were stolen from the tomb, appeared in Sotheby's auction catalog and were about to be auctioned. Chinese government promptly made representations through diplomatic channels.

After much effort, the six terracotta figures were returned to Xi'an in 2003. An investigation into the origin of the six treasures was carried out and it was determined that tomb raiders had dug them up from the Jiangcun tomb.

In 2006, after confirming that the terracotta figures were from the Jiangcun tomb, archaeologists conducted an archaeological survey there.

After further archaeological exploration, the total length of the east and west tunnel of Jiangcun tomb was found to be 250 meters, which belongs to the top configuration from the perspective of the burial structure, surpassing the princess and even the princes' specification.

The tomb stretches as long as 72 meters and goes as deep as 30 meters. Some 110 pits have also been found surrounding the tomb, with over 1,500 cultural artifacts, including pottery items, bronzeware and ironware, unearthed from eight of the pits.

The determination of the location of Emperor Wen's tomb offers important clues on the 11 emperor tombs built during the Western Han Dynasty and the wider imperial tomb system in ancient China, the NCHA said.